Native advertising is a key buzzword of the day. But as the IAB UK’s Editorial Manager Stuart Aitken learned at the trade body’s recent native advertising seminar, it's a practice that is as old as advertising itself. What's interesting is how it's being re-applied for the digital generation.

It's very telling when even those in the know admit to needing more information about a specific topic. In the run up to our recent seminar on native advertising we ran a poll on the IAB website asking our audience of digital advertising professionals how familiar they are with the subject. Native advertising has become something of a buzz word of late so we were intrigued to find out what the levels of knowledge were like across the industry.

Encouragingly, 20% of respondents claimed to be experts. However, 12% admitted that they'd never even heard of it. Over half (52%) responded that they know what it is, but they need more information. It was fortunate then we had gathered a selection of experts from Linkedin, Martini Media, Unruly, AOL Europe and Twitter to guide them through this often misunderstood medium.

What became apparent throughout the day was that there is no easy definition of native advertising. Interestingly, Noel Penzer, Managing Director of AOL Europe outlined how AOL has internally sought to define it as "a form of paid media where the ad experience follows the natural form and function of the user experience in which it is placed". Or as Penzer put it more simply, this is "the point at which content and advertising meet".

All the speakers were keen to point out that while native advertising is becoming a hot topic of the day, the practice is essentially nothing new - we are all familiar with traditional print practices like advertorials after all.

Going even further back, for Twitter's Head of Creative Development Luke Townsin, native advertising in its latest digital incarnation is really just an extension of practises that have existed since the very beginnings of advertising.

Townsin pointed to the example of Jell-o, the brand seen by many to be the pioneers of native advertising - as far back as the early 1900s. As part of the "campaign" Jell-O created 15 million recipe books highlighting celebrities' favourite Jell-o recipes, which they issued free of charge. 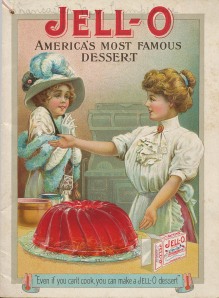 This idea that native is not a new concept is also borne out in the figures. As Penzer pointed out the medium was worth an estimated $1.36bn in 2012, a figure that is expected to rise to $2.36bn by the end of 2013. "This isn't something new," said Penzer. "It's not even embryonic".

So if this is really nothing new, why are we all talking about it?

The real story here is how native advertising concepts are being applied within digital settings. This is what prompted Linkedin's Head of Sales, Ashraf Kamel to argue that the opportunities offered by native advertising mean that "we're living in one of the most exciting times to be a digital marketer."

For Kamel the key shift in the landscape is driven by content. He explained how from a social perspective, Linkedin is able to leverage the power of individuals to provide content that can genuinely help and inspire audiences. Linkedin users therefore have become publishers in their own right.

For Kamel it's vital that brands begin to understand this power of content. "We have to move the mindset from counting clicks to more of a publisher mindset - that is a challenge," he argued. If brands can embrace this change and leverage this power there are great rewards for them.

Outlining a practise which he defined as 'reverse altruism' he explained: "If you genuinely try to provide customers with something useful, they will ultimately reward you by giving you their business."

For Phil Townend, Managing Director EMEA at Unruly, native advertising is a natural point in the evolution of the digital advertising eco-system. As he argued, the market has moved rapidly and principles which marketers have previously held dear, such as ‘above the fold’, ‘cherry picked schedules’, ‘content as King’ are being challenged in the social digital age.

Phase 5 then for Townend is all about "polarisation", symbolised by "on one end of the spectrum, volume driven programmatic buying and on the other, bespoke but data driven Native and Social content curation and branding."

As previous speakers made clear, for Townend this growing interest in native advertising is not a new trend supporting a cottage industry. This is already a multi-billion dollar global sector as we see "brands creating more content and looking for ways to deliver outside of ‘banner blind’ commercial spaces on web pages".

What's more, according to Townend, it's delivering results. Pointing to an eMarketer study he argued that almost 50% of agency respondents agreed that Native is more effective than non-native/ traditional display.

So native advertising is an easy win? Not necessarily.

Amidst the positivity about native advertising, Townend was keen to point out that there can be pitfalls. To illustrate his point he quoted Ben Kunz, VP of strategic planning at media agency Mediassociates:

“Native advertising is a more insidious encroachment into consumer media content than any prior form of advertising. Billions of banner ad impressions may annoy readers, but they don’t misdirect users by disguising the source of the message — and this is exactly what native does. If publishers and marketers aren’t careful, they are going to poison the well of digital ad communications by breaking consumer trust”.

This was an issue expanded on by Marketing Week reporter Ronan Shields who attended the event and wrote afterwards: “I was concerned that there were not more advertisers voicing concern on how not to come across as pulling the wool over consumers’ eyes…Normally, I’d have thought the issue of not wanting to appear to be deceiving consumers would be front of mind for any self-respecting guardian of a brand.”

So, there are great rewards to be reaped from the "return of the native". But there are also pitfalls that need to be avoided. There is clearly room for more education around these issues – and potentially a need for some standards to be help navigate through this complex practice. In the meantime, editorial integrity and full disclosure is absolutely key in this space if trust is to be maintained and useful two-way relationships continuously developed.

Stuart Aitken is the Editorial Manager at IAB UK. He is responsible for delivering the IAB’s online strategy and chairing the IAB's Audio Council.